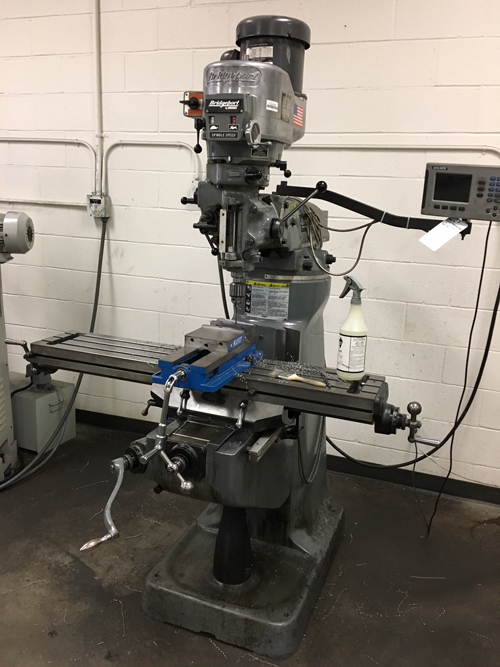 The vertical spindle milling machine (frequently called the knee mill or just the mill) is widely used in many machining careers in many different industries.

The first project is a square block. 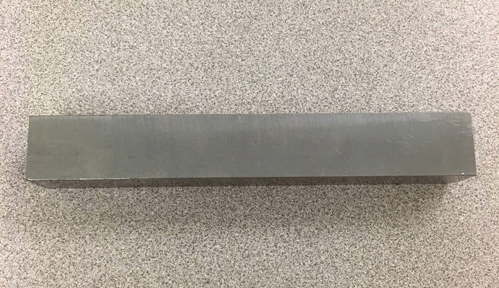 The second project is a step block. 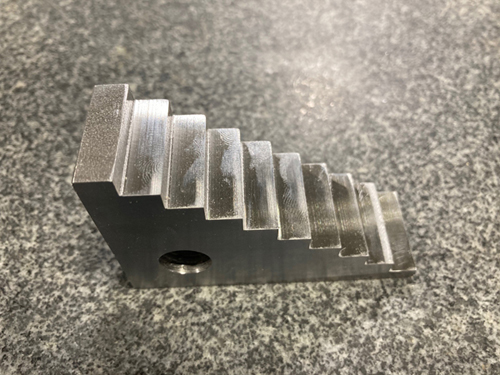 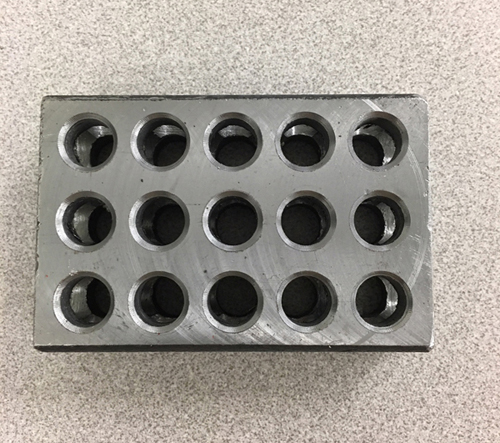 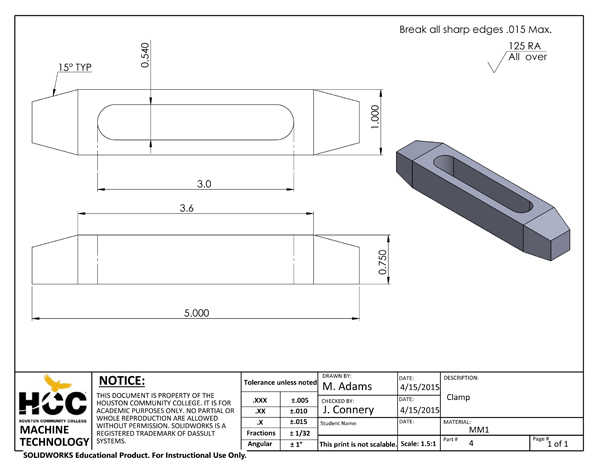 The fourth project is a clamp. 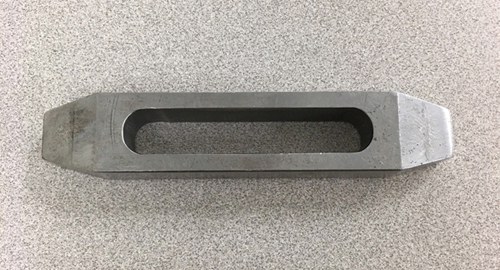 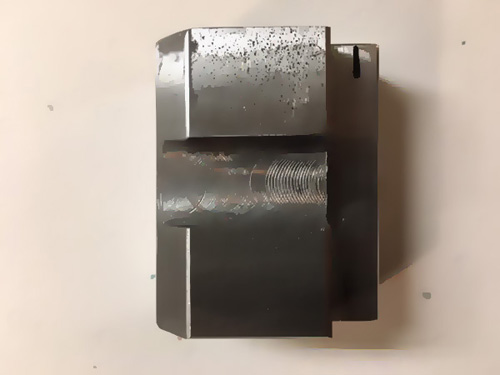 Conventional, or manual, milling machines are primarily used to machine flat and angled surfaces by feeding a workpiece into a rotating cutting tool to remove material. They are also commonly used to position work more accurately for the same type of holemaking operations than can be accomplished with a drill press. By combining these operations, components can be machined to countless desired shapes.

Speeds and Feeds for Milling Operations

Calculating spindle RPM for milling operations is the same as calculating RPM for drill press operations. Use the standard formula RPM = 3.82 X CS / D where CS = cutting speed in surface feet per minute and D = diameter of the cutting tool. Milling machines also use IPM (inches per minute) for power quill feed settings. To calculate IPM, the following formula is used: IPM = FPT X N X RPM, where FPT = feed per tooth, N = number of teeth, or flutes, of the cutting tool, and RPM = spindle RPM.

Before machining, I always write some notes on the drawing to make it more understanding and easier for me to make a plan.

Squaring a workpiece means machining the sides of a workpiece perpendicular and parallel to each other. Before beginning, take a few minutes to check the alignment of the machine head and the milling vise. If the head is not trammed and the vise is not aligned, it may be impossible to create a "square" block. A small workpiece like this can be machined using the face of an endmill. I always face off the workpiece before do other operations. The end can be machined by peripheral milling using an endmill. Use the quill to position the endmill vertically. Remember to bring the quill stop against the micrometer adjusting nut and lock the quill. Set depth of cut using the X-axis and then lock it in place to prevent movement during the milling pass. Set a "0" on the DRO to establish a reference position, then machine roughing passes within about 0.010" to 0.020" of final size using DRO to set cut depth. Next, I create a flat reference surface which will then be used position the work as other surfaces are machined. Using the largest surface will minimize any setup errors when machining other sides of the block. If a smaller surface is used to orient the block for cutting a larger surface, any setup error will be multiplied. The less the quill is extended, the more rigid the machine setup. Lock the saddle before milling. If the surface is rougher than desired, decrease the feed rate until an acceptable finish is reached. Spindle speed may also be increased about 10%-20% when taking light finishing cuts to improve surface finish. Remember to check for parallelism between sides by measuring near the four corners. Whenever possible, measure the workpiece while it is still mounted in the vise. This keeps the machined surface on the same plane, which eliminates setup errors that can be caused by repositioning the work.

Holemaking operations are performed on the vertical milling machine. The work can be precisely moved using the table and saddle movements to align the work with the spindle. The digital readout (DRO) can also be used to create precise spacing between hole locations or between edges and hole locations. It is a good practice to lock both saddle and the table before creating holes to ensure that neither moves during the actual machining operation.

A pocket is an internal part feature machined into the surface of a workpiece. Pocket location and size can be controlled by using the DRO to monitor table and saddle movements. Follow these steps to machine a pocket: